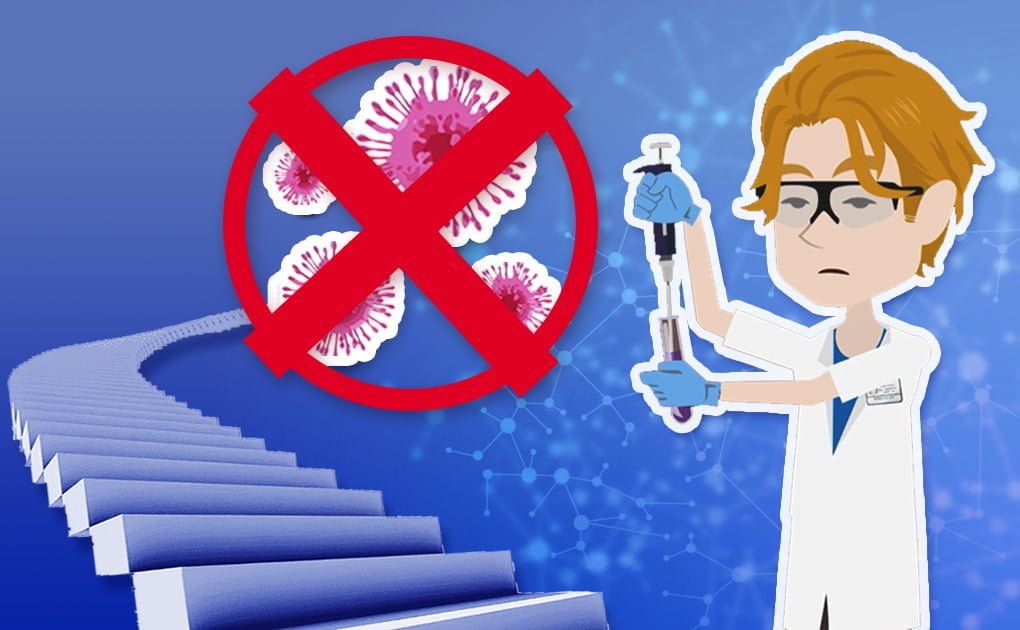 As already highlighted on several occasions, the strategies to combat Coronaviruses currently are:

Vaccines are the most effective strategy to eradicate a virus. When a population is vaccinated, the virus can no longer find a host to be able to reproduce in, therefore the epidemic disappears definitively. This has happened for various fearsome epidemics in history, such as Ebola, and so we hope that it will also happen for the Coronavirus epidemic.

What is the current state of affairs regarding the production of the vaccine?

The first phase of vaccine development is to work on virus genome sequences that have been isolated. Currently, there are many strains of the virus that have been isolated, more than 50 worldwide, and on these real viruses, isolated from infected individuals, scientists are working to find solutions for a vaccine. It seems that the virus is rather stable, thanks to a study by researchers from Bologna who found out the differences of the various viral strains from one another and their differences with the isolated strains.

Starting from these gene sequences, the various groups of researchers are working hard on the development of the vaccine. The first step is to create experimental vaccines that are tested on small guinea pigs. If a good result is produced, then larger guinea pigs are used to test the possible toxicity. Only if these two phases are overcome then can the human test be imagined. The large-scale diffusion can then be made for the immunity to be spread to the whole population.

China has started the first trial of a vaccine on animals. In particular, molecules of a potential candidate were injected as a vaccine on mice. It is a vaccine based on mRNA molecules, viral messenger RNA, taken from the Coronavirus, but not active and unable to replicate. The mouse organism should come into contact with these molecules and set up a defense system, the immune system, which generates specific weapons to destroy this vaccine. The immune system then keeps a record of what happened, preparing the defenses also for the future, should a new attack recur. This is the philosophy behind the vaccine system. Once the subject has come into contact with the Coronavirus, the real and infectious one, he would already have weapons ready to eradicate it. There would then be a limited battle against the virus, thanks to the already effective weapons present in the body and circulating in the blood. This same mechanism happens when we get vaccinated for the flu, for example.

This news was reported by the Chinese information agency Xinhua. The experimental vaccine was developed by the university and a private company based in Shanghai, which started with the first Coronavirus strain that was isolated on January 24. The Chinese were the first to attempt the development of a vaccine, but we will certainly receive information about other potential experimental vaccine developments from other teams at work in this race against time shortly.

Coronavirus: What to do in case of symptoms