Coronavirus: Why are there less deaths in Europe compared to China? 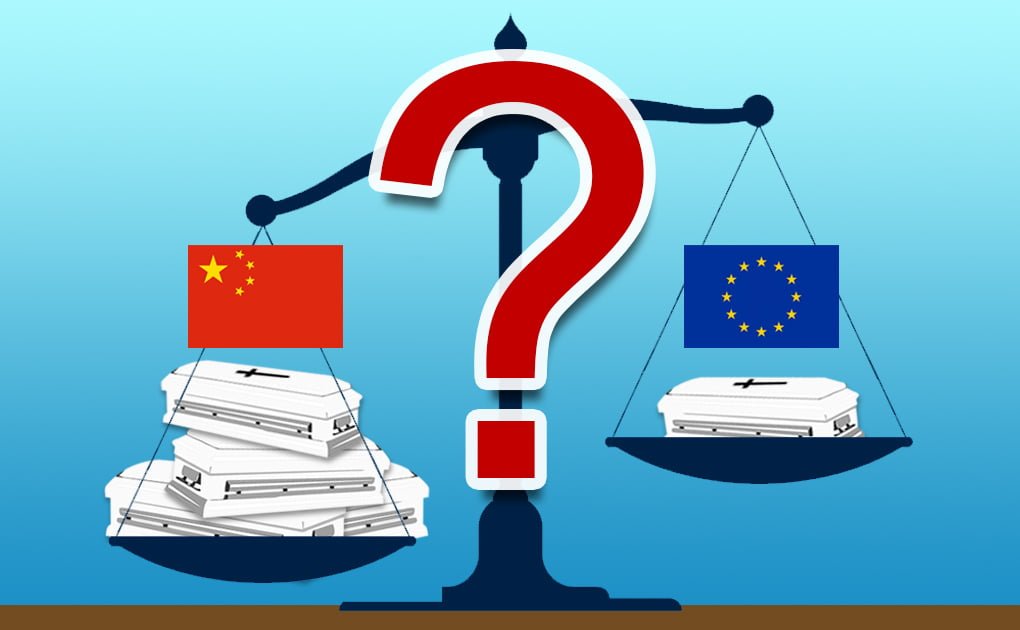 Looking at the official data that is provided to us, there is a substantial disparity between the contagion data in China and of the rest of the world. Why? Let’s try to look deeper into these aspects.

We take into account that the data from China is related to a consistent number of cases, therefore, if the data is real, it is statistically significant. As of February 10, about 6,100 critically ill patients and 730 deaths were reported out of approximately 35,000 infected. That is, 20% of the infected are critical and 2% of the infected have died.

If we analyze the data received from the rest of the world on February 10, there were approximately 360 infections, with 5 critically ill and 2 deceased patients (1 in the Philippines, 1 in Hong Kong). In this case, the percentage of critically ill patients is 1.3%, and that of deaths is 0.5%. This is significantly different from the data recorded in China.

What is the significance of this difference?

There are several possible reasons, let’s assume some of them below.

First of all, it is necessary to dwell on the definition of a “critical patient”. Normally a critical patient in medicine is defined as a person who presents an unstable picture of vital parameters, which identify him as “at risk” of death.

Hypothesis 1: Critical patients from the rest of the world are few because the infection has just started and it still takes a few days for a virus to make a person “critical”: about 7 days on average for incubation, another 7-10 days to pass from symptomatic to critical phase, 17 total days from infection to the “critical” stage.

Hypothesis 2: More critical patients in China die because they are more in number and cannot access the top of care. This may be due to a low number of people in service in each hospital. If hospitals fill up, resources decrease and each critical patient cannot be given top care.

Hypothesis 3: In China, “cases” are counted slightly differently from the rest of the world. If we consider a “case” as only the symptomatic patient and not the one presenting the virus, it is natural that the number of critically ill patients, and therefore of deaths, out of the total is higher when the infected base is lower.

Whatever the most likely hypothesis is, the situation remains evolving, and the data, day by day, helps us form an increasingly precise picture of the situation. As always, we will update you accordingly.