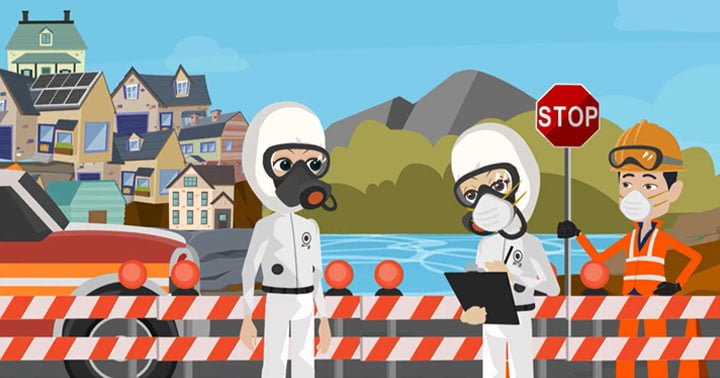 This afternoon in the clinic, I had the opportunity to speak with two Chinese citizens. One of them is the owner of 3 Japanese restaurants, and the other who has to deal with a routine surgery, is an employee of his.

From today in the outpatient clinic, you will see that we comply with the regulations of courtesy greeting without handshake and mandatory hand washing before and after a patient interview.

They both entered wearing surgical masks and were surprised that neither the medical staff nor the public wore them to the hospital. The two chinese asked us for the reason and we explained that masks have a relative value in spreading the infection. They agree but claim that it is better to protect yourself a little than not protect yourself at all; at that point we entered into dialogue, and after a long chat, we talked about the situation in China.

The lady, the owner of the restaurant, explained that the first news of the epidemic’s arrival in Italy made them rush to close everything.  They have to avoid getting infected by customers because at home they have children and elderly who must not be exposed to the virus. They know how grave the disease is since they are in contact with their relatives and friends in China.

They told us how China managed to limit the contagion and how they are now slowly starting again. The restrictive rules have been applied throughout China, not only in Wuhan, the epicenter of the contagion.

The first thing that was decided, when it was seen that the situation was serious, was that EVERYONE HAD TO BE AT HOME, NO ONE EXCLUDED. They were given an opportunity for one person per household to go out twice a week, with a special permit, to go to the supermarket for supplies.

The second thing that was decided, consequent to the previous one, was the total block of all the expenses of the population: zero rents, zero mortgages, ZERO. On the other hand, if you ask everyone to stay at home, you must also allow them to stay at home and not go to work.

Result: After the “storm”, they still have their children at home who are taking online lessons; the people of China are starting to see the sun behind the clouds and are hoping for a brighter future and glimpse a possible return to normal; the factories are slowly reopening. As of the moment though, they all still have to wear masks to not be penalized with arrest.

While China slowly rises and while the two Chinese citizens self-quarantine themselves in their closed restaurant, waiting for us to adapt to the only possible solution to eradicate the contagion, they look at us perplexed, failing to understand how we can put the dangers of the economy and money before the health of our loved ones.

As questionable as their form of government may be, they left me speechless with the lesson of civilization.

Coronavirus: comparison of Italian regions. Emilia Romagna as a model?