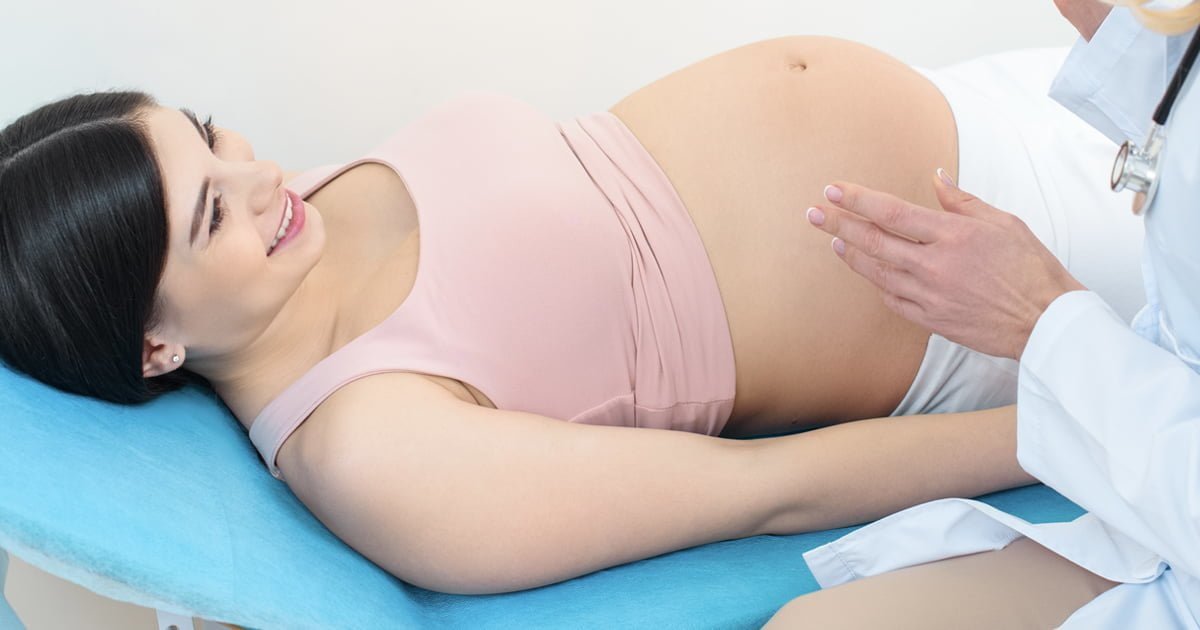 By the door of my consultation clinic, I called upon the name of a patient who must be pregnant for 7 months, given the belly. She looked at me smiling, with one hand on her knee and the other one intent on waving a magazine like a fan on a face framed with auburn curls, on this hot August afternoon. I went to meet and shake her hand: together we got in and sat down.

“How are you, Caterina?”

She, smiling as always, began with “Well” … but like all pregnant women towards the end of their gestation, she continued with a “even if …” and gradually, she changed her expression, and tried to gave voice to her biggest fear, that of not being anymore the same … down there.

The activity of rehabilitating the pelvic floor often leads me to accompany mothers in progress: some of them are worried because in addition to the urinary urgency typical of pregnancy, they begin to see some droplets of urine on the slip after a sneeze or a cough; others, on the other hand, have heard of prevention of lacerations in childbirth through a specific massage, but Dr. Internet is not enough and often only increases anxiety.

Caterina is here because her friend sent her, she is 33, she is 34 weeks pregnant and has never heard of perineum. She tells me that when her mother gave birth she had a very long labor, she suffered “the cut” (the episiotomy) and Caterina was born with the help of pushes on the stomach by the doctor and the suction cup.

While she speaks her eyes are visibly worried and the sighs that interpose him between her words are eloquent: I know that I will find a beautiful hypertonic of the pubo-coccygeal. Her friend, however, told her that it is possible to avoid lacerations and cuts and advised her to visit a midwife because they actually do the massage of the perineum;  her experience of childbirth was quite different compared to what her mother told her: very different! (Correct! – I think with satisfaction – it is finally becoming a common practice accepted also by the scientific community).

I then ask her how the pregnancy is going, and (as always happens) we are not talking about pregnancy exams or ultrasound scans: Catherine in fact opens my heart. I am aware of her great desire for a child after several attempts, despite the difficulties faced by her husband over this decision, because he knew that it would not be taken well at work, and would probably have placed it at a crossroads. I am facing one of the many courageous women who, faced with precariousness and economic difficulties, choose life.

“Fortunately, there is Tommaso!” I smile as she tells me how her husband has been her lifelong companion and how his love has always supported her and his constant presence has reassured her that wherever she goes, he will be there.

“Come on Caterina, jump on the bed and I’ll show you how to do it.” – I invited her, smiling.

Before visiting, I looked for a physical contact with Anna, the baby in her womb, who knows that her mother is a little worried. “Little girl, – I was thinking out loud, while I put my hands on the stomach – you too collaborate, come on, throw a football, so your mother will melt”. We laugh together, because Anna doesn’t wait and kicks in a few seconds.

I show you that the “bicycle saddle” area is the famous perineum, on which you have to make prediction. First, it will be necessary to “warm it up”, and this is possible with a warm piece placed there for a few minutes, or with a hot half-wipe on the bidet, or with a slight vulvar massage with almond oil. At this point, stretched and comfortable between the cushions, with the thumb to the vaginal entrance and half-moon and radial movements, we start what is called “perineum massage”, first on the mucosa alone, more external and soft, and at this gestational age , almost edematous, then more deeply, on the muscle.

I was not wrong: as I reach the pubo-coccygeal I feel a lot of tension, such as to be called “hypertonus”. There will be a lot of work to do and I explain to her that if she doesn’t get there with her thumb, Tommaso can help. It doesn’t have to be a painful massage, which could suggest an exaggeratedly vigorous execution, but surely it can be disturbing at the beginning, that yes, otherwise the job would be too bland.

While you dress, I give you the latest information on the timing “10 minutes, from 34 to 37 weeks every other day, after 37th week you’ll have to do it every day until delivery, okay?”

“Ok, but we’ll see each other again, right?”

“Of course! I’m always here – I reassure her – but you’ll see that everything will be fine: listen to me, do your homework, talk to Anna and when you want to go through a chat I’m here! “

I see her feeling more serene and finally her eyes are more confident.

Is measuring body temperature effective in stopping the infection?

Coronavirus: how to treat “intermediate” patients