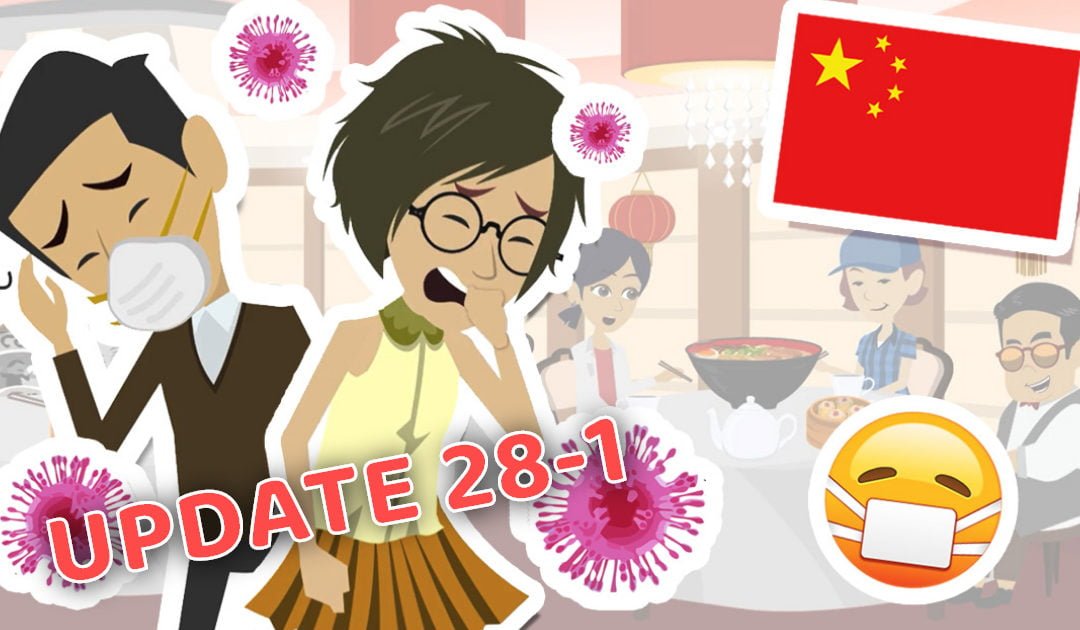 Here is the latest update about the Coronavirus epidemic situation.

Communications are currently multiplying about the virus spreading in China. What is its current state? Here are the most relevant news at present.

Current estimated spread of the virus:

We remind you that the symptoms of this virus are similar to those of other human coronaviruses, such as:

In a more serious case, there would be a widespread infection of the patient’s lungs with consequent pneumonia which can be fatal.

At present, China’s mortality rate stands at 2.8% of the total infected population.

No precise data is yet available. It seems that 14 days can be considered as the maximum potential incubation period, however, it is likely to be about 10 days. It is now certain that an infected person is able to infect others even before symptoms appear.

The Official Position of the World Health Organization (WHO)

The new official position of the World Health Organization has changed: While the threat of this epidemic was once considered “moderate” it is now considered “high”. The decision not to consider coronavirus as an international public health concern remains unchanged.

China recently implemented a movement restriction for the population of the areas affected by the virus.

Other countries have set up checks in the main airports by establishing specific corridors of control, particularly dedicated to measuring body temperature.

There are still no specific therapies against the virus, it is generally recommended to:

Research teams from Russia and Australia are working on a specific vaccine, which would be available in a few months.

Our team at Med4Care carefully keeps an eye on this evolving situation and we will give you further updates soon.