Down Syndrome: that extra something that makes the difference 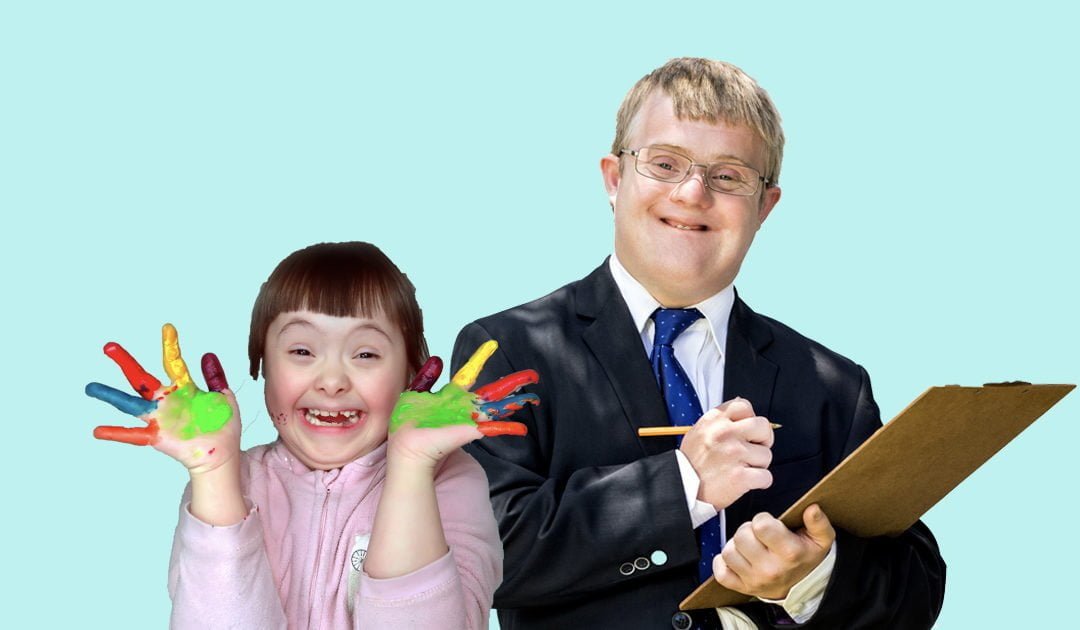 Once upon a time there were idiots, those who had to be isolated from society, those to be confine in institutions, those who were barred from even the slightest hope of a normal life. The same people that the rest of society, that of the so-called “healthy” people, could and should forget.

Today, fortunately, many things have changed. Now we know that people with Down syndrome can lead a life comparable to that of everyone else, in the social, working, artistic, and, not least, in the emotional sphere. But there is still some way to go and knowledge is the first step in the right direction!

The Down syndrome is named after John Langdon Down, a physician who first gave an accurate description: although the fundamental contribution that Marthe Gautier (Montenills 1925) gave to the definition of the genetic cause underlying this condition must be remembered (1) . When J.L. Down described the syndrome for the first time in 1862, he associated it with individuals of Mongolian race for the similarity of the somatic traits of children affected by this condition with those proper to the Mongolian ethnicity and coined the term mongoloid (2).

Only in 1961 was this term considered inadequate and gradually fell into disuse thanks to the intercession of the WHO Mongol delegate. 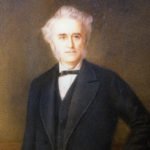 Technical analysis: what is the cause?

To understand it we have to make a small introduction. Our genetic material, the one where all the information that defines us as individuals (the color of the eyes and the hair, the height, the susceptibility to some pathologies etc.), or our DNA, in the cells is compacted in structures called chromosomes. 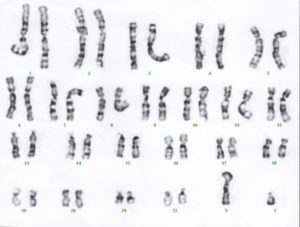 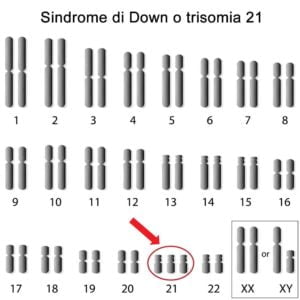 Down syndrome is an aneuploidy, in this case a trisomy, given that patients carrying this condition have 3 copies of One of the terms used to define this condition is Trisomy 21, which, accepted by the World Health Organization in the late 1960s, has gradually replaced the obsolete (and derogatory) term of Mongolism. The presence of the supernumerary chromosome means that patients with Trisomy 21 exhibit peculiar physical characteristics (phenotype) that we will soon see.

The cause that determines the formation of supernumerary copies of chromosomes is the meiotic nondisjunction, an unbalanced division of the genetic material during the early stages of cell division in sexual reproduction. Maternal age correlates directly with the possibility of meiotic nondisjunction. The more matured the maternal age is, the greater the chance that the unborn child may be a carrier of Down Syndrome, although it should be remembered that about 80% of children with this condition are born to mothers under the age of 35 (5 )

In the world the incidence of Down Syndrome is about 1 per 1000 births (6), in our country the estimates are very similar given that we speak of an incidence around 1 in 1200 newborns (7).

Between anomalies and special sensitivities: the characteristics of Down people

Down people have somatic characteristics that unite them, such as short stature, smaller teeth, a more flattened nose, lower ear sockets, larger eyelids, less developed muscle tone, shorter hands and neck. Mild to moderate mental retardation and a number of other features that may be present in varying degrees in different individuals are almost always present (8).

There is also an increased risk of developing certain pathologies that contribute to decreasing their life expectancy. In recent years, however, thanks to the development of knowledge in the medical field, the latter has largely increased (9). About half of the children with Down Syndrome have cardiac abnormalities, especially those that lead to an increased pulmonary blood supply.

Down babies are more likely to develop respiratory infections and circulatory disorders, cardiomegaly and liver cirrhosis. The genetic defects underlying the syndrome also lead to an increased risk of developing leukemia (10) due to an alteration in the synthesis of blood cells. Other anomalies are more rare, although they manifest themselves more frequently than in the rest of the population.

However, Down children also seem to possess some peculiar characteristics that can allow them to develop particular talents or otherwise take advantage of dedicated educational paths. Many of them, for example, can demonstrate a more developed auditory sensitivity, a remarkable ability to imitate, the propensity to rhythm and music and a particular empathy towards the moods of those around him; almost as if the extra chromosome, still inexplicably, takes something away and adds something else! 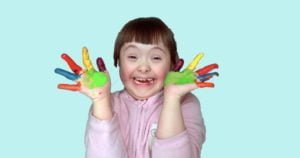 Beyond the starting qualities of the individual, however, it is to be kept in mind that it is the environment that forms the individual! Even children with notable cognitive deficits, if adequately stimulated and guided along an adequate educational path, can significantly increase their intellectual abilities. 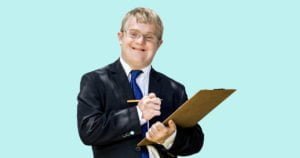 Let us also remember the individuality of the individual child or the person who bears it. Beyond any rhetoric, it is not possible to attribute specific and unchanging characteristics to people with Down syndrome because each of them, just as it happens in those who are not affected, presents unique traits and personality traits. We must therefore avoid the common mistake of considering Down people as a race of its own with the risk of falling back into useless stereotypes. Each Down child will develop his own personality formed through the relationship with family members and the environmental stimuli with which he will have to deal.

Stay away from stereotypes!

As mentioned above, when we talk about Down syndrome it is easy to fall into preconceptions and into commonplaces, so let’s see how much is true in what we hear about. One of the most common stereotypes is that Down children are affectionate with everyone and always happy and smiling. In reality the affection of Down children is selective like other children and their character is formed through environmental stimuli, parental care and social interactions that they have the opportunity to experience.

Another common issue concerns mental disability and the weight it has on the working capacity and social integration of the Down person. This is one of the most difficult stereotypes to combat, thanks to a certain cultural heritage that once tended to isolate the mentally disabled from the rest of society by confining them to institutions or hiding them within a compact family unit. There is a form of Down syndrome called mosaicism in which a person has both types of cells with trisonomy and mental disability may be mild, but these are rare cases. What really matters for the development of intellectual abilities is the environment in which the child will live.

With regards the sexual sphere of Down people, it must be remembered that they are able to experience sexual interest starting from adolescence, following the development of sexual characteristics that occurs as in all other people.

Finally, there are two very important points that it is useful to investigate further. The first concerns the awareness on the part of the Down person of their condition. A Down child can notice early on the characteristics that distinguish them from other children, but a serene and stimulating family and social environment can help to calmly face the awareness of the disease. In addition to this it is useful to provide the child with the possibility of gathering moments in order to stimulate independence and autonomy, which will allow him to grow by developing his own individuality and to live a life as normal as possible.

From the first description of Down syndrome to the present day, the approach to this condition has changed considerably. This is thanks to the development of knowledge about the disease and the commitment of those who wanted to look beyond disability. Today the Down person has the possibility of being well inserted at a social and working level, can live a serene and satisfying life from the sentimental point of view and reach levels of autonomy unimaginable until a few years ago.

But be careful, there is still some way to go. There are still many prejudices that accompany this syndrome and often there is still a tendency towards an excessively custodial approach rather than aiming at strengthening the person’s intellectual and social capacities. The conquest of full integration, however, starts from the knowledge of Down Syndrome passes through the defeat of prejudices and comes to the recognition of Down people as individuals in everything and for everything. This article wants to be a small contribution to this difficult, tortuous but fundamental path to finally give the right dignity to those who are affected by this condition

(4)  Korenberg JR, Chen XN, Schipper R, et al. Down syndrome phenotypes: the consequences of chromosomal imbalance. Proceedings of the National Academy of Sciences of the United States of America.  1994;91(11):4997-5001.