Hot beverages – are they good for your health?

This morning, the Care family had a strange surprise at the breakfast table: a curious scientist showed up at her doorstep to measure the temperature of the tea they were drinking! Is it really that bad? Well, not at all times. But certainly, if your tea is as hot as Mrs. Care’s, then it can bring you harm!

But how hot must a drink be to be harmful to our esophagus to the point that it can even lead to cancer? Is there a certain beverage temperature that can pose a danger to your health?

A recent scientific study has finally given us a surprising answer, let’s discover it together!

Hot drinks may be harmful

A chocolate drink, a cup of coffee, or mulled wine is among the beverages we enjoy taking warm or even hot once or several times a day, which could actually be bad for us.

We Italians, drink them especially during winter to help us deal with the cold. However, in other countries, such as Iran and Japan, these hot beverages are drunk all throughout the year.

It has long been known that the consumption of very hot beverages tends to damage the tissues. For many years the correlation between the consumption of these hot drinks and the development of oesophagal cancer has been known, so much so that the World Health Organization, through the IARC (International Agency for Research on Cancer), has identified hot beverages as a carcinogen.

However, the temperature and the quantity of a hot and pleasant drink to pose a health issue had never been studied before.

To find out the temperature which makes a drink excessively hot – and therefore harmful – 50,000 Iranian people have been kept under observation; normally in Iran, there is a strong consumption of hot drinks. 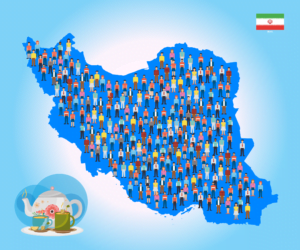 Finally, all cases of oesophageal cancer that occurred over time were observed.
The result of this challenging study was that there is almost a doubling (90%) of the risk of oesophageal cancer related to the intake of at least 700 ml daily of tea with a temperature above 60°C, while it increases up to 2.4 times among those who regularly drink 75 °C tea.

But how do hot beverages cause cancer?

The heat of the drink taken daily could produce continuous inflammation and repeated cell damage that, over time, can affect cellular genetic material that will eventually replicate incorrectly and can lead to cancer in the long run. (1) The same mechanism appears to occur with regular consumption of alcohol that would damage the superficial cells of the oesophagus.

The study suggests that we be mindful of our regular intake of beverages with a temperature of 60°C and above to avoid the risk. The habit of taking hot drinks can be dangerous, so taking them within its safe temperature is ideal and occasional drinking of hot beverages should not cause problems.

After discovering this important information, take note that drinking hot beverages are not totally risky, as long as you keep in mind not to drink them immediately after being served. Let the drink cool down a little from the moment it is poured to the moment you take a sip!

Link to the original study published on March 20, 2019, in the magazine of the International Journal of Cancer