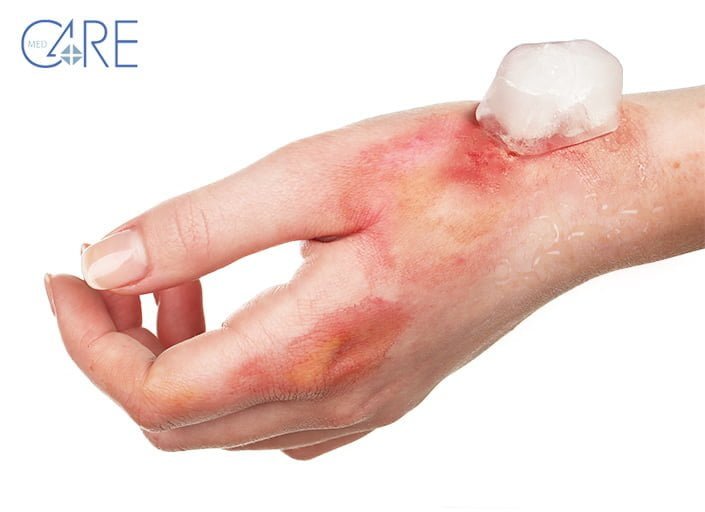 If unfortunately, we got a slight burn, which in technical terms is called burn, there are various do-it-yourself remedies that are often recommended to ease the discomfort. Ice is one of these.

But is putting ice on a burn a false myth or a real remedy? Let’s find out together!

As we all know, ice releases cold temperature that provides a cooling effect on the skin in general. For this reason it might be natural to think of using it directly to cool a burned area, especially when the burn is caused by heat. In fact, the cold has a good effect against pain, against inflammation and against swelling of the tissues.

However, as many know, the application of ice directly on the skin or on an area of ​​the body, without the interposition of barrier elements, contributes to a direct lesion of the area called “cold burn”, which can be added to the damage of the burn that occured from heat.

It is therefore advantageous to use the cold for burns, as in the case of ice, but it is wrong to place the ice in direct contact with the skin because it is the direct contact that causes tissue damage.

The phenomenon of burn from direct application of extremely cold substances is so effective that it is even used in medicine in dermatological cryotherapy, where burns of particular areas of the skin are performed thanks to the cold-burning action. In this case the agents used are even more effective substances than water ice, such as liquid nitrogen or carbon dioxide ice (dry ice).

The beneficial action of cold in relation to a burn is instead really significant, so much so that it is one of the priorities in the initial treatment of a burn also of significant gravity and extension.